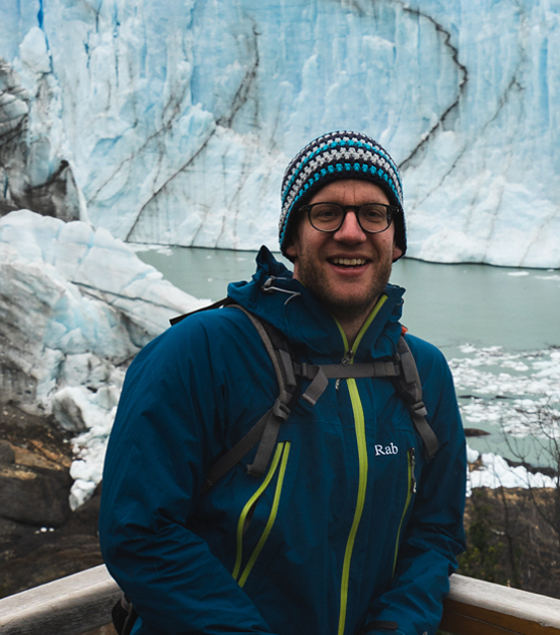 I joined the Department as a Lecturer in May 2018, after having spent almost 8 years in a small bubble called Cambridge, where I was a fellow of Clare College, conducted postdoctoral work at the Department of Engineering, and obtained my PhD at the Department of Zoology. My first degree is in Biomimetics (I kid you not), and comes from the City University of Applied Sciences in Bremen,
I consider myself lucky to work in my dream job, with a group of wonderful and inspiring people. My research themes all have in common that… the principle underlying question can be explained to a 7-year old! Questions that interest me lie exclusively at the intersection between physics, engineering and biology, with the occasional leaning to one side or another. Broadly speaking, I use methodological approaches from physical sciences and engineering to study questions of relevance in biology.
It is important to me that my group’s research holds up to the highest standards, but does so in a friendly, collaborative and supportive way.  We work together, not only in our group, but in our Department, the College, and in an international community. I firmly believe that science should be open, and my group hence makes an effort to make the results of our work available to whoever might be interested or benefit from them. 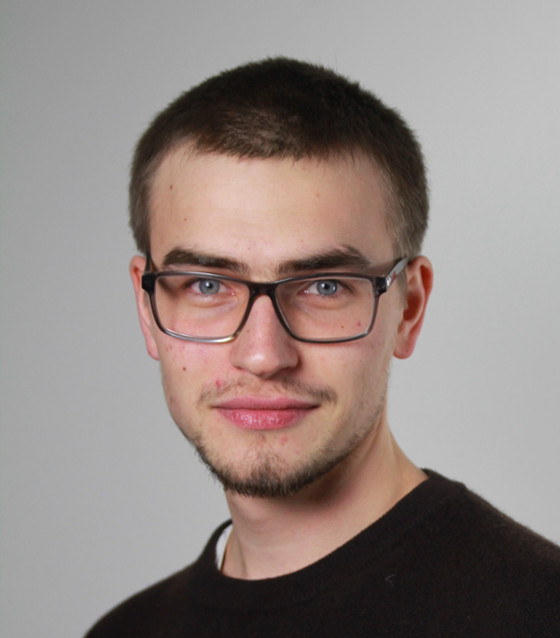 I joined the Department as a PhD student in October 2018 after having completed my Bachelor’s degree in Biomimetics at City University of Applied Sciences in Bremen, Germany. Two years ago, I spent one semester abroad in Cambridge (Department of Zoology), where three momentous events took place:
First, I was introduced to scientific work and learned how it feels to fail and … fail again, and then, … perhaps succeed, but more probably fail another time first. In short, I had a very hands-on experience in what it means to practise science.
Second, I encountered the wonderful world of insect biomechanics as I worked on the cutting mechanics of leaf-cutter ants. Insects have mastered all kinds of challenges including flying, diving, cutting, piercing surfaces, and even farming. I am interested in studying the behavioural ecology of leaf-cutter ants by understanding the biomechanical determinants of successful herbivory.
Third, I experienced the benefits of a friendly and supportive group, highlighting the importance of collaboration and scepticism in science. I appreciate being a part of the scientific community, and maintaining and proclaiming the scientific method. 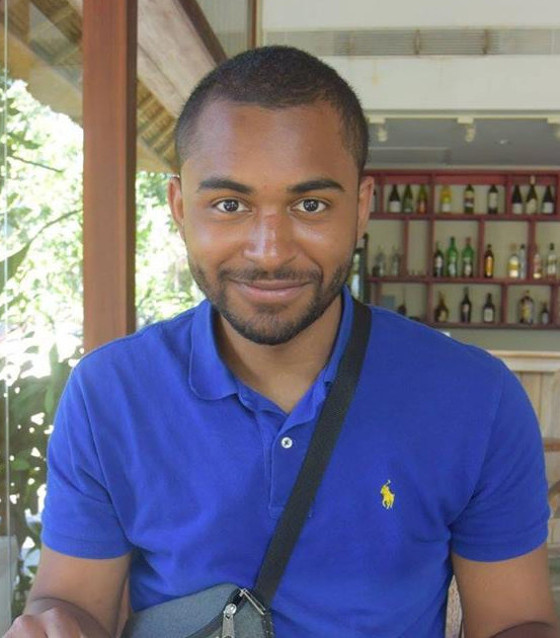 I have always been fascinated by the rules of physics at both the smallest and the most gigantic scale. This interest drove me to pursue a bachelor degree in engineering at the University of Liège, Belgium. There, I also obtained a masters degree in physics engineering, focusing on fluid mechanics, microfluidics and physics modelling.
Have you ever wondered how tiny insects manage to carry items multiple times their own body weight, while walking upside-down on smooth surfaces?
I discovered that the forces and rules I cherished most governed the way evolution shaped living organisms when I was first introduced to biomechanics during my master’s thesis at the University of Cambridge. My subject of interest was the rheology of samples made up of the tiny footprints that are left behind by most insects. Indeed, the combination between strong adhesion and efficient locomotion can not be comprehended, and possibly replicated, without extensive knowledge of the role of these secretions.
This research and the fascinating mysteries that lie in insect adhesion convinced me to start a PhD in the Evolutionary Biomechanics Workgroup, investigating how insects manage to run with sticky feet.
I intend to make use of my multiphysics background, my fascination and interest for the subject to help solving a still very mysterious phenomenon. My engineering skills will hopefully help to one day create bio-inspired adhesives which replicate the performance of the biological “originals”. 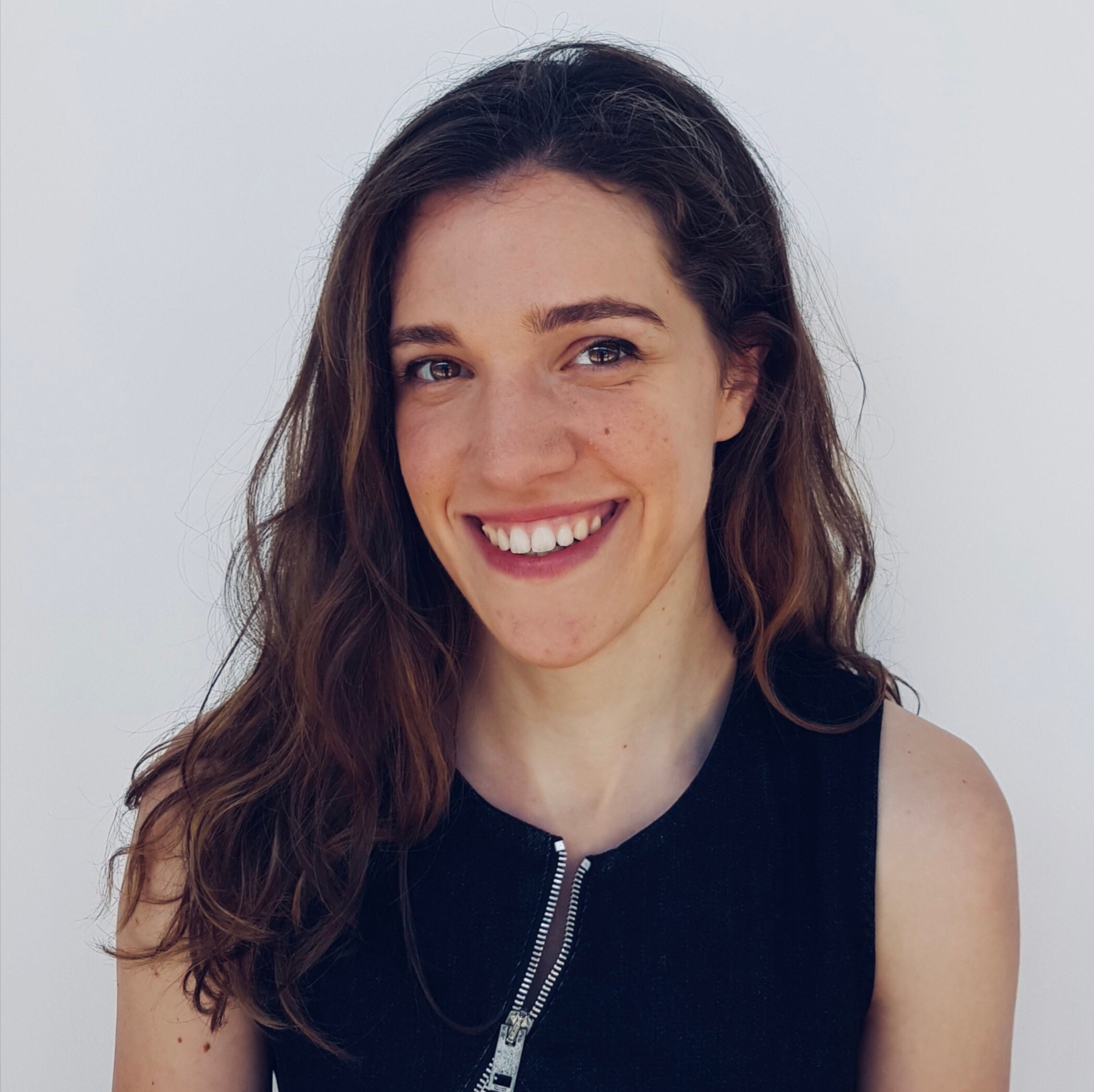 My research is on complex interfaces, a meeting point between physics, chemistry, materials science and engineering. Realising that this field best represents the science I am passionate about has been an interesting journey that led me to a postdoc in Evolutionary Biomechanics since December 2018.

I started with an Electrical and Information Engineering degree at Cambridge and completed bachelor research projects on the design of power electronics, and systems’ control. This background in and fascination for the design and optimisation part of engineering was reflected in the Master’s thesis project that I proposed, in which I designed superconducting cables of unusual topologies, such as the Möbius strip, for optimum energy transport.

Most of the challenges that I faced during my Master’s project were related to materials, and solving these problems required a more fundamental understanding of the interactions at play. This triggered my interest in surface science and contact mechanics at the nanoscale, a topic I pursued further during my PhD. More specifically, I used Atomic Force Microscopy to investigate the mechanisms by which organic foulants adhere to oil-exposed metallic surfaces. This included (i) pinpointing the principal components at play – stiff surface, soft organic molecules in the presence of crude oil – (ii) defining a model system that mimics the real-life one while reducing the chemical complexity introduced by the inhomogeneity of crude oil, (iii) studying adsorption to surfaces in the absence and presence of liquid, and (iv) exploring mitigating strategies to target the effects of the surface roughness and chemistry and of the liquid-solid interface on adhesion.

Even though the experimental samples in my PhD work were significantly different from the insect pads that I currently study, I find that there is a compelling similarity in the questions posed. All insects secrete a contact-mediating liquid from their viscoelastic pads, forming a stiff surface/secretion/insect pad complex interface upon adhesion. The function of this secretion however remains unclear, and I am exploring its role further by conducting experimental and theoretical work involving both solid and fluid mechanics. So, how do insects run with sticky feet? Biological systems such as insects are a fascinating example that render themselves both as a way to expand our existing understanding of adhesion (how does “wet” adhesion differ from well-studied dry adhesion?) and a way to study a natural system with impressive performance, to then attempt to mimic its function. Having moved from an applied field to more fundamental research, and from a large scale to single molecules, I find that the application of the contact mechanics theory to biological systems is an intriguing area of research that combines my scientific knowledge and interests. 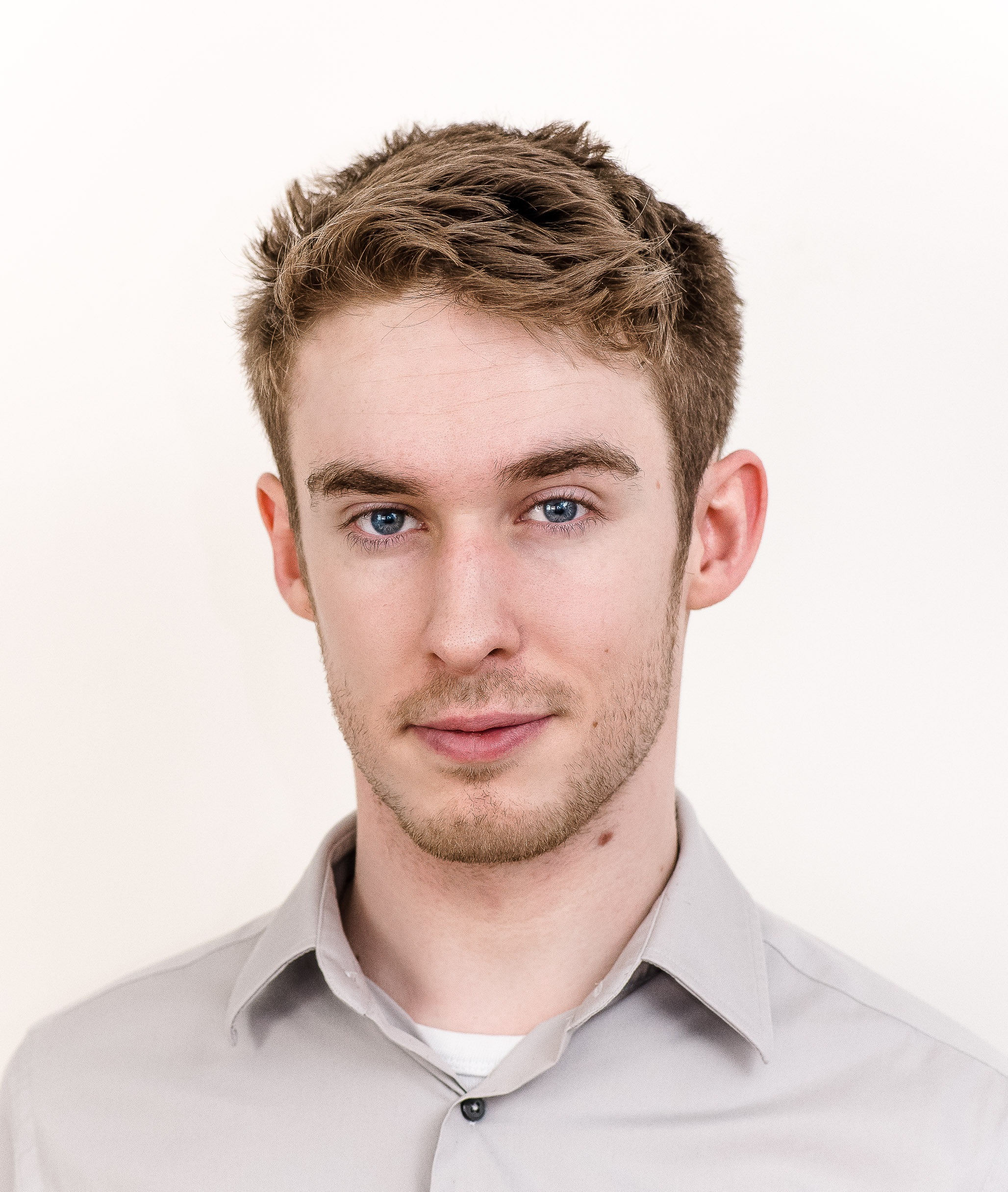 More than anything, I love developing new technologies and tools that help us to better understand the world around us. Because I am equally passionate about natural sciences as well as the applicability of engineering, I completed my bachelor’s degree in Biomimetics at the City University of Applied Sciences in Bremen. In October 2018, I began studying Human and Biological Robotics at Imperial College as an ideal combination of these interests.

I am especially fascinated by the emerging properties of swarming intelligence we can find in nature. In large groups of individuals, whether humans, birds, or arthropods, we find a finite set of simple interaction rules. These lead to a behaviour of the group which can be far more complex than the sum of its parts. The underlying rules can be incredibly hard to identify by traditional means, which is why I aim to employ machine learning and computer vision algorithms to automate the identification of individuals and their task distribution.

Whenever I am not trying to decipher the rulebook of leafcutter ants, I design and build biologically inspired autonomous aerial and underwater vehicles. 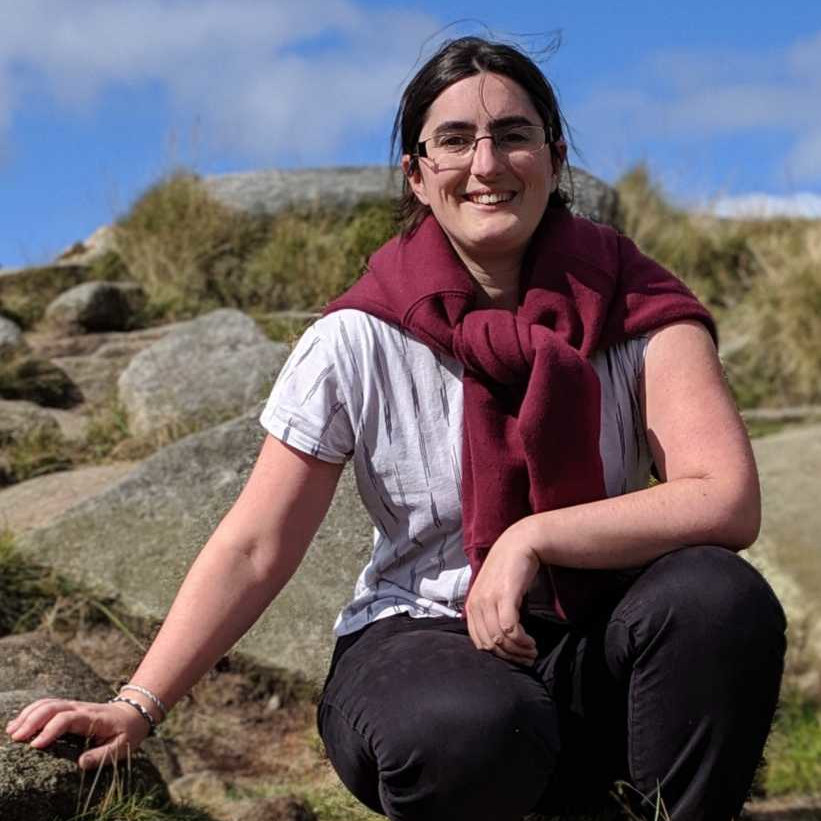 I am fascinated by the biomechanical behaviour of biological tissues; in particular how these tissues adapt to their mechanical and biological environment throughout life and how they get their morphology, structure, and mechanical properties to fulfil their functions. My research aims to understand what governs the unique mechanical behaviour of biological tissues, using a combination of morphological, microstructural, biological, and mechanical analyses.
I hold an Engineering degree from Ecole Centrale Lyon (France) and a master degree in Biomechanics from University of Lyon. In my master thesis, I designed an experimental set-up to perform tensile tests on a soft tissue under a multiphoton microscope, to follow the reorganisation of the collagen and elastin fibres under loading. I then did my PhD at Ecole Centrale Lyon in the group of mechanics of living materials, during which I investigated the effects of osteoarthritis on the microstructural and mechanical properties of knee menisci. I joined the department of bioengineering as a postdoctoral researcher in December 2016, working on the role of fetal movements for spine development. I then joined the group of evolutionary biomechanics as a postdoctoral researcher in October 2019.
I am very excited to discover the field of evolutionary biomechanics. I will work on the design of an experimental set-up to measure adhesive forces of insect pads, and on the effects of dehydration on the mechanical properties of insect cuticles.